The policy is for active management of the third stage.

The principal components are

The modified Brandt-Andrews method involves controlled cord traction after signs of separation (gush of blood, lengthening of the cord, rising of the fundus).

Active management of the third stage does not include maternal effort.

Syntocinon® is used rather than Syntometrine® as the side effects of Ergometrine (hypertension, nausea, vomiting) are avoided. There is no evidence that there is a significant increase in Post Partum Haemorrhage (PPH) or maternal morbidity from using Syntocinon® only.

5 international units i.v Syntocinon® with delivery of anterior shoulder (or as soon as possible after delivery) followed by 1ml i.m. Syntometrine®.

Syntometrine® is still an option for the management of women who are having a Post Partum Haemorrhage (see massive PPH protocol) and certain high risk patients.

See following page which is an extract from the NHS QIS Pathways for Maternity Care March 2009 - Normal Birth Pathway for women in spontaneous labour and triaged to ‘green’ pathway Physiological 3rd stage labour. 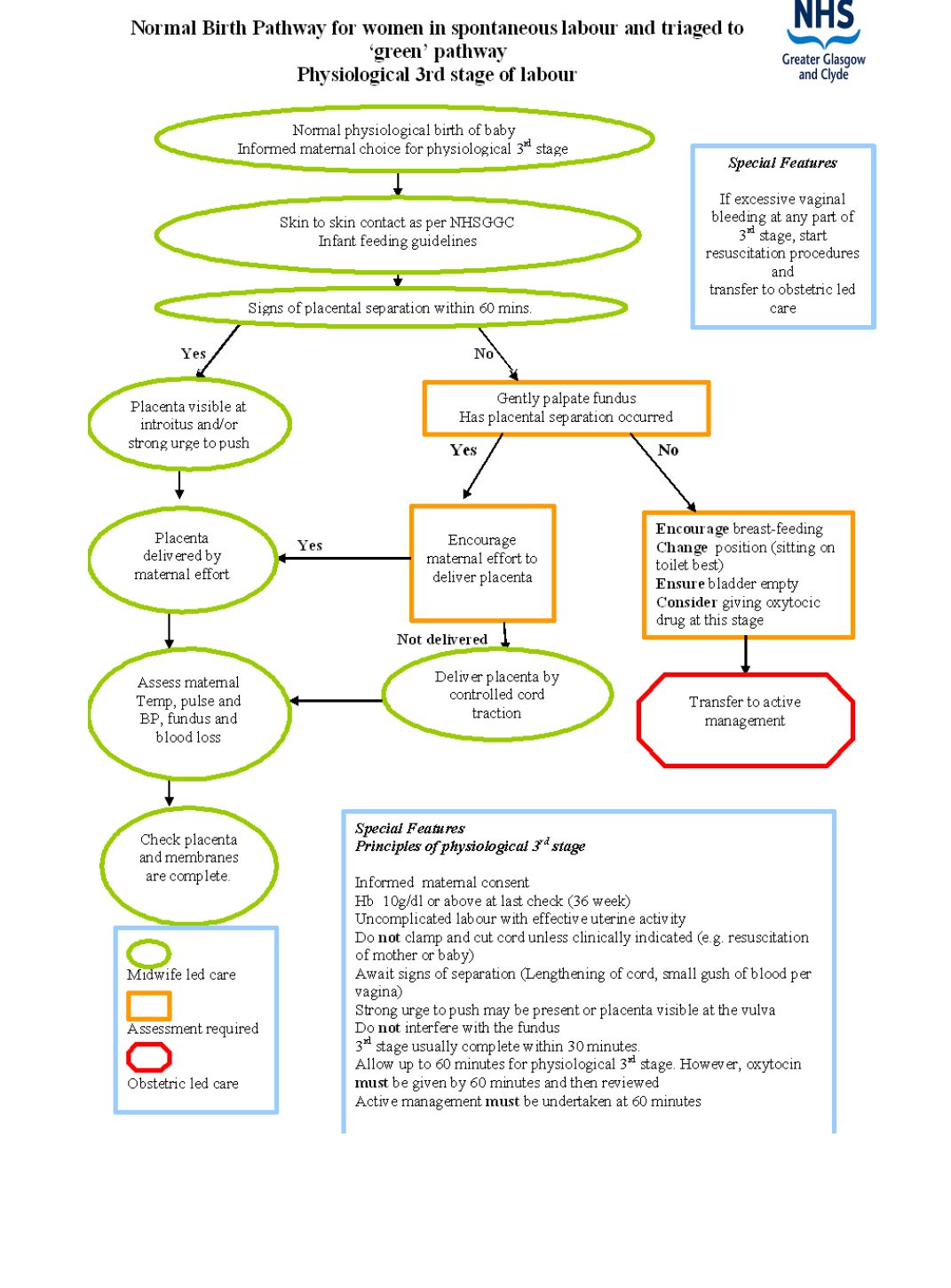